Since we’re drawing inspiration from some of his best writing, we thought it was only fair to give you a bit of an introduction to the great John Buchan. Best known for his spy thrillers, Buchan led a life comparable to some of his most daring characters. He drew a lot of inspiration from the remarkable events he witnessed – to help you navigate this, look out for which books he wrote at the different stages of his life. 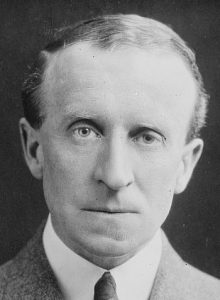 This is the face of a man who has submitted a lot of essays in his time.

John Buchan was born on 26th August 1875 (for the historically minded – bang in the middle of the Victorian era). He was the son of another John Buchan, a Church of Scotland minister, and Helen Jane Buchan. Like James Hogg, Sir Walter Scott and numerous other Scottish authors, he spent a lot of time in the borders area while he was growing up and appears to have developed a love for landscapes and outdoors activities such as hiking. He later listed Hogg and Scott as literary influences for his own novels.

He initially studied at Glasgow University but struggled both financially and socially until he won a scholarship to Oxford, where both his literary and personal exploits were more successful.

Friends made: No one particularly notable, but lots of sheep

Books written: none known but I suspect Buchan was the type of child who wrote one a week.

Buchan was accepted into Brasenose College in Oxford with a scholarship to study Classics. According to some contemporary accounts, he was tremendously lively and threw himself into the full student experience. One source tells of how he rescued an American student who had a candle thrown into his pants – Richard Hannay, eat your heart out. Buchan was officially published for the first time while at Oxford, and received a First-Class Degree in Law upon graduating. He was also the President of the Oxford Union and won several prizes for his essays and poetry. 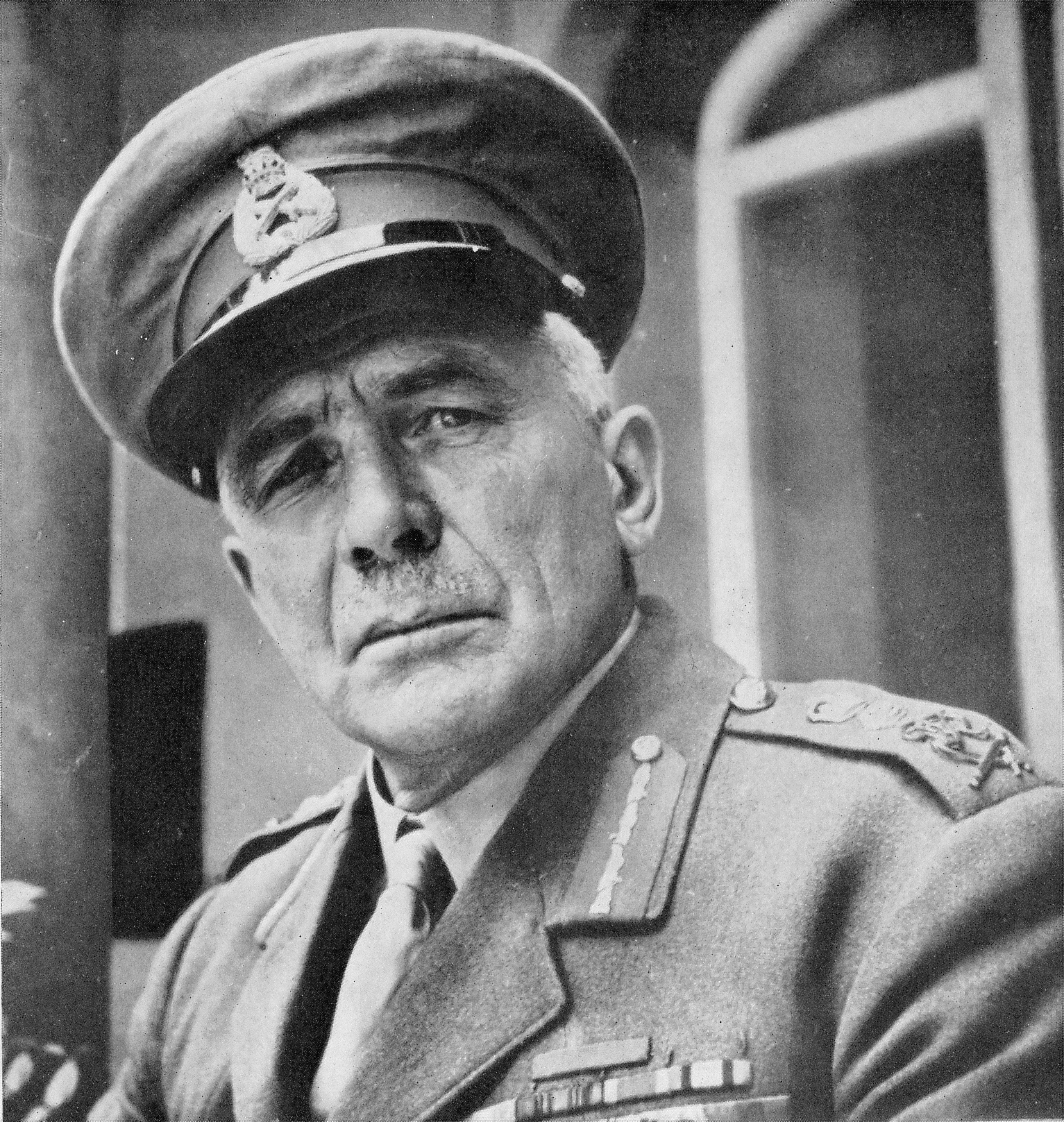 Edmund Ironside was a spy and later Field Marshal who was famous for using disguises. He worked undercover in Southern Africa and clearly really impressed Buchan.

Without any family income, Buchan had to support himself in the years after graduating. He managed to squeeze in a quick career as a barrister, publisher and journalist at the Spectator before deciding that diplomacy and government were more suited to his skills. In 1901, he travelled to South African to work as the private secretary to Alfred Milner, then High Commissioner of Southern Africa. South Africa and its people featured in many of Buchan’s novels and this period served as his introduction to the British Empire at its outer reaches.

It’s not entirely clear what Buchan made of the Empire. On one hand, many of his characters fight valiantly to protect it and it’s often upheld in his books as the forces of civilisation and progress. On the other hand, as a committed Calvinist, Buchan was notably compassionate towards those in difficulty and was later committed to protecting minority cultures from being wiped out by Western governments. According to his granddaughter, he saw the British Empire as a natural stepping stone towards achieving a Federal system of states in alliance around the world. Certainly, he didn’t share his hero Richard Hannay’s anti-semitic and racist views – they can be more easily attributed to the common speech of the officers and diplomats he observed.

Buchan married Susan Grosvenor (cousin to the Duke of Westminster) on 15th July 1907. Despite her lofty connections, Susan was also very keen on reading and by all accounts, the two enjoyed a long and happy marriage together with several children. During this time, Buchan also entered politics for the first time and ran as a Unionist candidate for Peebles and Selkirk. He supported women’s suffrage, free trade and national insurance but ran against many of the recent Liberal welfare reforms.

Friends made: Viscount Alfred Milner, GM Trevelyan (historian), Edmund Ironside (Field Marshal and possible inspiration for Richard Hannay), the well-to-do of London (including but not limited to: the Wellesleys, Walpoles, Balfours, Cecils, Stuart-Wortleys, Lytteltons and Talbots)

As the First World War broke out, the government rather sensibly employed Buchan in the War Propaganda Bureau. He also worked as a correspondent for The Times in France, and was later appointed as a second-lieutenant in the Intelligence Corps. In 1917, he was promoted to Director of Information and assisted in writing a 24-volume contemporary history of the war. Buchan made it through the war relatively unscathed, but his younger brother Alastair was killed at Arras in 1917. It’s not clear whether he stayed involved with intelligence after the war ended, but we’d like to think that he did… 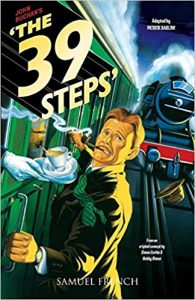 The much-spoofed The 39 Steps remains a literary classic even today, thanks in part to Alfred Hitchcock’s adaptation. Also, my mum really fancies Richard Hannay so there’s that.

During this time, Buchan also wrote some of his most famous novels, focussed on the wartime hero Richard Hannay. They were initially published in serial form and were extremely popular with soldiers on the front-line. At the close of the war, he continued to publish both novels focussed on Hannay and other fictional heroes. He also became Director of Reuters news agency and Lord High Commissioner within the Church of Scotland.

In 1927, he made his first successful foray into British politics as the Unionist MP for the Scottish Universities. Here, he proposed his own form of Scottish Nationalism – he saw Scotland as a self-contained nation within the greater British Empire. He petitioned Conservative PM Stanley Baldwin to appoint him to the Cabinet, but was unsuccessful. It’s not entirely clear why this is, but know-it-alls with a phenomenal work ethic don’t tend to be very popular with their work-shy Parliamentary colleagues – that’s my best guess. Just look at Alexander Hamilton.

Fiction published: Salute to Adventurers, The Thirty-Nine Steps, The Power-House, Greenmantle, Mr Standfast, The Path of the King, Huntingtower, Midwinter, The Three Hostages, John Macnab, The Dancing Floor, Witch Wood, The Courts of the Morning, Castle Gay, The Blanket of the Dark, The Gap in the Curtain, The Magic Walking Stick, A Prince of the Captivity, The Free Fishers, The Runagates Club, Poems: Scots and English

Non-fiction published (selected!): An enormous amount of work on World War One, Francis and Riversdale Grenfell: A Memoir, Lord Minto: A Memoir, The Man and the Book: Sir Walter Scott, Montrose: A History (biography) Julius Caesar (biography), Oliver Cromwell (biography), The Last Secrets, The Margins of Life, The History of the Royal Scots Fusiliers 1678-1918, The Causal and the Casual in History, The Kirk in Scotland, Montrose and Leadership, The Novel and the Fairytale, The Massacre of Glencoe, Gordon at Khartoum

In the same year that The 39 Steps was adapted for cinema by Alfred Hitchcock, Buchan was elevated to the peerage as Baron Tweedsmuir of Elsfield. This tied together his love for Scotland and Oxford, and also prepared him for appointment as Governor General of Canada on 1st June 1935. He moved his entire family out to Canada and began his tenure as Governor on 2nd November. 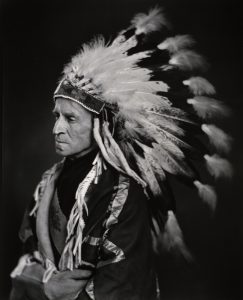 No, he wasn’t at Coachella. This picture has a somewhat touching back story as Buchan was awarded with an honorary title by the leaders of the First Nations in recognition of his extraordinary talents as a storyteller.

In many ways, Buchan was the ideal candidate for this position – he had a longstanding love and appreciation of Canada and had visited several times after the war. He was also well respected across Canada and, despite his failing health, he travelled the length of the country to encourage national unity. He had a particular respect and appreciation for First Nation culture and was a major early campaigner for multiculturalism as a key part of Canadian society. There is one amusing anecdote from the man himself regarding a party with some Ukranians:

“At Regina on Saturday afternoon I visited the community halls of the Germans, Poles, Hungarians, Rumanians, Ukrainians White and Red, and the Jews, and spoke in each. The Police didn’t want me to go to the Red Ukrainians on the ground that they were dangerous Communists, so of course I insisted on going, and was received deliriously in a hall smothered in Union Jacks, and they nearly lifted the roof off singing the National Anthem.”

Perhaps his greatest success as governor was organising George VI’s tour of Canada in 1939, on the eve of the Second World War. This shored up support for Britain in the face of German invasion, and strengthened relations between Britain and America which proved invaluable in the following years.

John Buchan died on 6th February 1940 after suffering severe head injuries following a stroke. He received an extraordinary amount of tributes on both sides of the Atlantic, and his ashes were returned to Oxford. The most personal was the naming of Tweedsmuir Provincial Park in British Columbia – for a man who loved adventures in the untamed wilderness, there could be no finer gift.

We hope you enjoyed this rather lengthy exploration of one of Scotland’s finest authors (it’s not our fault – the man wrote over 100 books!). We’ve been working on our own rather exciting project and we are very excited to finally introduce it properly. Inspired by John Buchan’s masterpiece Mr Standfast, we will be bringing our very own spy adventure to the Fringe and you (yes, you) can be a part of it. Follow this link to grab tickets and feel free to contact us for more information at hello@simplyspiffing.co.uk. 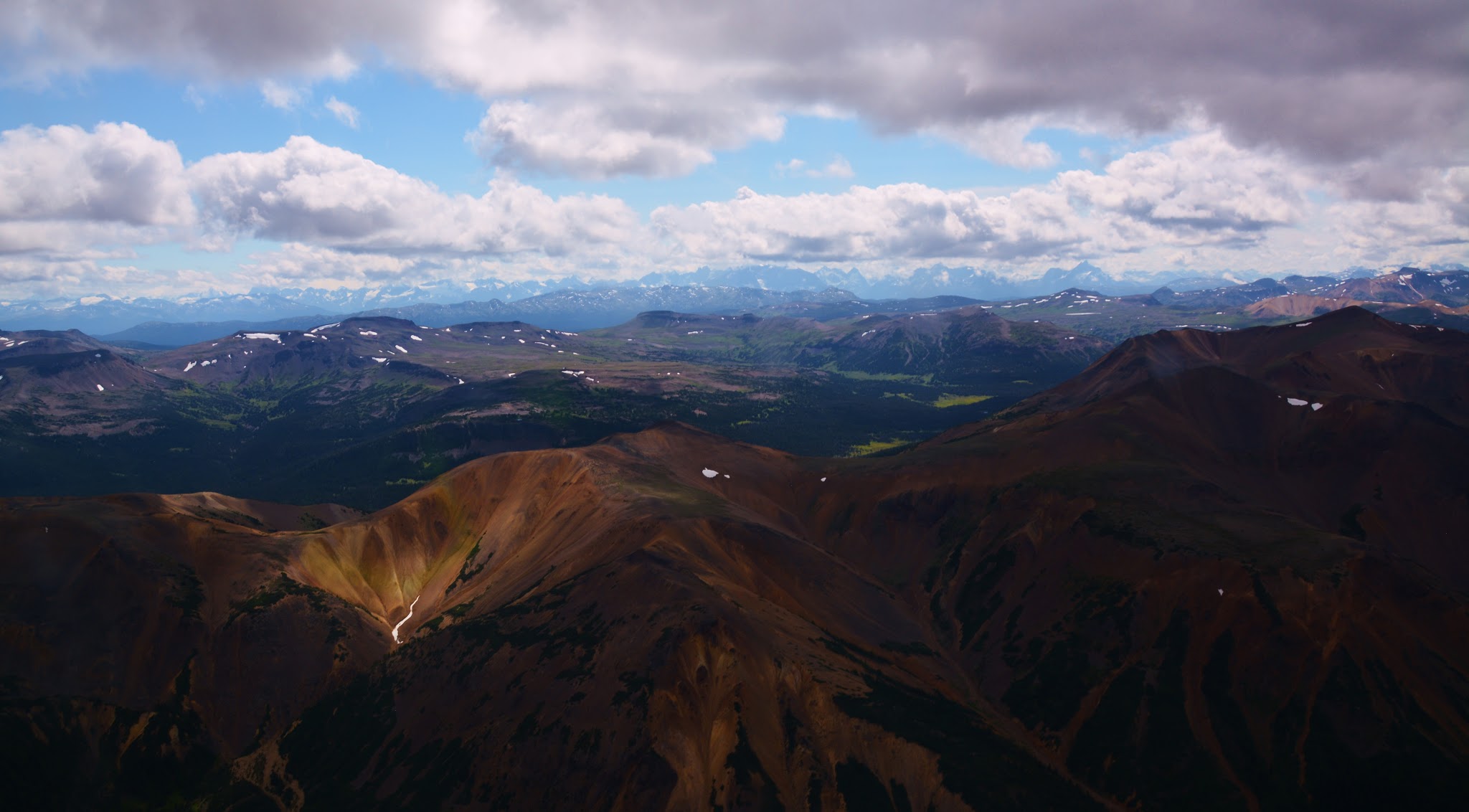 Tweedsmuir Provincial Park. We think John Buchan would be pretty pleased with this.